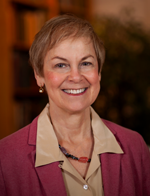 Ms. Tarrow is a lecturer on Harriet Tubman and the Underground Railroad—and has spoken, along with her colleague, educator Barbara McClung, at numerous historical societies, schools, conferences, and libraries. She is also an authority on the history of women in the labor movement, having written and spoken on such leaders as Rose Schneiderman, organizer of the first women’s local of the United Cloth Hat and Cap Makers; Leonora O’Reilly, one of the first organizers of women for the United Garment Workers of America; and Elizabeth Gurley Flynn of the IWW.

Ms. Tarrow is married to Jeffrey Carduner, with whom she shares a passion for just economics, as well as a love for the Rockaways and practically anything having to do with the maritime.

Ms. Tarrow began her study of Aesthetic Realism with its founder, Eli Siegel, in 1968 and soon after received a BA from the New School for Social Research and an MA from NYU. She continues to study in professional classes taught by Ellen Reiss. Ms. Tarrow was born in San Antonio, Texas, in 1947.