Anthropology Is about You & Everyone 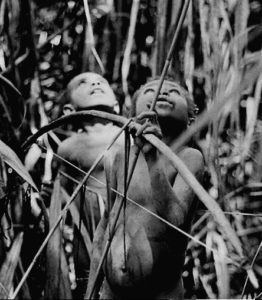 People, everywhere in the world, from the grasslands of Africa to the tents of Asia and North America, are understood through the principles of Aesthetic Realism: we are all trying to like the world aesthetically, as a oneness of opposites. All humanity is alike: kind and cruel, accurate and wild, powerful and delicate—trying to put together opposites in ourselves. Through Aesthetic Realism, anthropology is essential knowledge for us to know ourselves and do away with prejudice.

Classes via Zoom video conference are now in session.

Anthropology is the scientific study of the human self, past and present. And Aesthetic Realism is a new way of seeing that self. In this principle, stated by Eli Siegel, is a way of understanding the self that is at once scientific and kind—and is needed by anthropology and all the human sciences: “All beauty is a making one of opposites, and the making one of opposites is what we are going after in ourselves.”

In this semester we study Eli Siegel’s lecture Aesthetic Realism and People, which is based on that vitally important principle. Careful and sometimes beautiful descriptions of different cultures have been written by individuals—from Herodotus in ancient Greece who described, for example, the Egyptians, to Malinowski’s important writing on the Trobriand Islands more than 2,000 years later. And yet, what has always been needed most is the conscious seeing of a person as an aesthetic situation: for this is what underlies all cultures and is what they have in common.

Each quotation in the classes listed below is from Eli Siegel’s lecture, Aesthetic Realism and People:

“If, after much fuss and evolution, reality took the form of people, we have to respect that happening.”

“The ability to feel what another person feels, to see that person from within….That happens to be one of the most necessary abilities that anyone could ever go after. And it should be taught.”

The great anthropologist Malinowski wrote, to study culture is “to grasp the native’s point of view, his relation to life, to realize his vision of his world.” (In Argonauts of the Western Pacific.)

“One of the first things necessary in liking people is to grant them the same purposes as we….A Pawnee or a Comanche or an Apache had a different way of being happy, but what he tried to do really was to get himself so in relation with the grass he rode over, and horses, and rituals, and war dances, that he would have approval from the Great Spirit…”

“There is not a person who has ever lived who can’t tell us something about ourselves.”

Joint Class of The Visual Arts and the Opposites, taught by Marcia Rackow, and Anthropology Is About You & Everyone, taught by Arnold Perey

Want to audit a class?

See Aesthetic Realism: A New Perspective for Anthropology and Sociology and his novel Gwe: Young Man of New Guinea—a novel against racism.

Three instances of how Aesthetic Realism shows people of different cultures are more alike than has been known:

[1] What Big Mistakes Do Even Smart Men Make? With a consideration of the African story “Maliane and the Water Snake” from Lesotho.

[2] About the Ethical Unconscious. The myth of the flood: discussing anthropology, the anthropologist, and a representative American woman, Daphne Baker.

[3] “How Much Feeling—and What Kind—Should a Man Have?” Discussing my life, the life of Fusiwe, a head man of the Yanomami People, and men of the United States