We should see that sex is aesthetics. Everything in love, including the physical, has something to do with aesthetics. The reason a person feels in a tremendous way in being close to another is that the presence of another body is a way of saying, “If something else touches me, I am going to feel more myself than I would if I were alone.” But the trouble is that even with another person we can come to think the body that pleases us is of us—it’s our own. And there can be biologically successful sex, but deeply there is still the feeling of self alone. One of the reasons women become frigid is that they think that in having sex they are hurting themselves. Sex is important, but self is even more important. And women are afraid of being affected by sex because it falsifies them. They can be affected in a good way, and in a bad: what is called love is of two kinds. Contemptuous love is the love that says, “In capturing somebody and making that person an annex of myself and having him please me and praise me, I will have conquered the world, pulled a fast one on the universe, and in this way I can like myself.” It is a false liking of oneself.

Love based on respect is the feeling that affecting a particular person and being affected by that person as deeply as possible and in all the ways possible, would be a means of liking the world in general. If a woman could say, “I went through something I liked because I was close to a man: I am proud of the way he affected me and I affected him. Because of this I can see how much somebody besides myself can affect me. Rupert represents the world, and if he affects me this way, that is how I want the world to affect me: there is no isolation of Rupert from the rest of the world”—that would be love that is respect.

But the other kind of love is that which is most common. Women don’t like it themselves; they’re miserable because of it; but they cannot get rid of it. It is the thing they’re surest of. A woman wants that adoration—the idea of a man not being at her feet is desolating. There are some women who, if they don’t get a certain number of phone calls during the week, think they are good for nothing. They are not sure of themselves, so a man’s phone call is a tonic, and if they don’t get that tonic they feel desolate. This happens because the love that is working is not a love that has kindness and excitement in it.

The love that is true is an aesthetic oneness of kindness and pleasure, or excitement. That is shown in the height of love itself. An orgasm is a giving of oneself to the world. Men also can be afraid of giving themselves. Everything I have said about women is true about men.

The Fight about Being Known 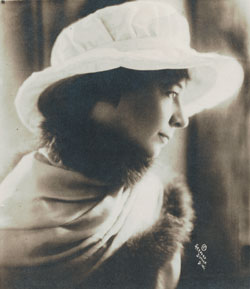 An “emancipated” woman has the same fear that a puritanically married woman has: she’s afraid of giving herself. She gives her body, but there’s something in her that she cannot give.

Sara Teasdale put forth one sentiment of women in general in a very popular poem of the twenties. Her “Night Song at Amalfi” ends:

Oh, I could give him weeping,

Or I could give him song

But how can I give silence

Sara Teasdale had a good deal of trouble in her married life or, to use that cute but repulsive phrase, “love life.” She, however, asked for it. If a woman doesn’t want to be known by her husband, she is going to be lonely. And people think they can do more in being unknown and misunderstood, really, than in being known. They think that unless they put on a show, they have no basis for being cared for. And they associate being cared for with being able to fool a person. Consequently, while a woman is getting all sorts of vanity titillations by being able to fool a man, she also misses the being understood. But if she wants to fool a person, how can she be understood?

A complaint of women all through the years is this: somehow the person they see themselves as being, is not the person their husband sees. They do not feel that they are being known. They cannot say this clearly; but they feel lonely. The husband also feels lonely—because two people have adored each other without being understood. After a while the adoration takes on a sobriety, but the lack of understanding persists. So two people live together, and they don’t do any very bad things, but they feel that they are not really close. They go places together and each would worry if the other were sick, but at the same time they feel disappointed. Marriage often is a means of affirming loneliness.

The poem of Sara Teasdale is sad; but it has to do with the feeling that I am describing. People marry out of vanity: they think that they love a person who praises them consistently. Aesthetic Realism says: The hell with it—it is no good!

A woman feels she wasn’t known by her mother, brother, sister, and then she feels she is going to be known by her husband. But she really hasn’t wanted to be known. So after a few years of marriage, she gets into the same lonely state. She cannot express herself to her husband, and she asks: “But how can I give silence I My whole life long?”

For a while there was a periodical called The Lover, edited by Richard Steele. And in one of the numbers of this periodical of 1714, Clidamira writes a letter:

The man has not yet appeared to these eyes, whom I could like for a husband….If you can send me half a dozen [lovers], I promise to take him who addresses me with most gallantry and wit….But at the same time I expect them to fight one another for me….The conquered is to beg, and the victor is to give life for my sake only.

She wants men to be worried about her, but she doesn’t respect the men.

Women marry without respecting the man they marry. They’re afraid to, because if they respect a man, they can’t dominate him. Men also are afraid of respecting women. They also are afraid of giving themselves. There was a man who told me that every time before he had sex, he sneezed. I said: “You don’t want to be affected by a woman, and you feel that in having sex with your wife you’re going to be affected, so in advance you try to make it like nothing.” Men will also become impotent, because they feel in giving themselves to a woman they are losing their individuality.

A woman, Madeleine, is cared for by a man, but she thinks she isn’t cared for as a complete person by the man. Therefore, in the adoration there is a limiting of her. Once we use a person to lessen ourselves and get vanity praise, we are going to dislike ourselves.

Possessiveness is the desire to make a person happy while resenting anything else that would make that person happy. Madeleine feels so important through having the adoration of Rupert that she wants to get to something absolute. Consequently, if Rupert is interested in anything else, it is an insult to Madeleine. She can even be jealous of Rupert’s brother, Rupert’s young man friend, the book Rupert may be reading, Rupert’s mother.

But let’s say Rupert meets a girl called Laura. Then the feeling of perfection that Madeleine has is interfered with. She wants to make Rupert happy; but she doesn’t want any cooperation. She is not so much interested in how Laura affects Rupert: she is interested in seeing to it that the monopoly of importance she gets from having Rupert adore her is not broken. She is a monopolist.

Let’s assume that Madeleine sees Rupert talking to a young man friend. Rupert utters the name La Rochefoucauld or the term thermodynamics, and seems interested. Madeleine says, “He doesn’t talk about La Rochefoucauld and thermodynamics to me; and if he gets interested in something about which he doesn’t talk to me, I don’t like it.” Anything besides herself that makes Rupert happy is an interference with her. That is the essential thing in possessiveness: you want to be the only means of making the person you possess happy. Possessiveness is against the desire to like the world.

When we think of love, we have to see it as consisting of something outside of ourselves and something that happens in our own minds. The physical is present; but we should see that our desire to please ourselves can use the physical.

There was a woman, for instance, who came to be interested very much in a young man who was blind. She felt that a blind person would need her more than another. Consequently, even the man’s blindness took on a pleasingness. 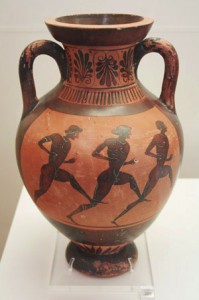 A beautiful body represents a world in order. Consequently, we think that if a body can be beautiful, why cannot the whole world be beautiful? Beauty encourages us. We see a beautiful object and we say, If the world can make a beautiful object, why cannot the universe as such be beautiful? But with our desire to enjoy beauty, there is also a desire to despise things, to have contempt for things; and many people have seen love as a means of conquering. If, for example, a woman can take some brute and make that brute behave like a lamb or a dove, the vanity conquest is bigger; so the brutal quality is given an attraction that a symmetrical quality wouldn’t have. All kinds of things, most of them unconscious, are done with the physical.

In “Love and Reality” [chapter 7 of Self and World], I write about a woman who doesn’t like a man when she first sees him, but then this man is so adoring, so respectful, so worshipping, that the things Selma didn’t like at the beginning come to be part of this young man who is such a seer of divinity in her. The things that she saw in the beginning as not so attractive come to be attractive too. Vanity can make its own picture gallery.

Love, unfortunately, is a way of having contempt for the world. A man wants to conquer a woman, and a woman wants to conquer a man, and the things that can make an exciting self-important field with a contempt for others are quite many. Sex in every sense, including every aspect of the body, has a meaning for the self. Sex cannot be understood unless that meaning is seen. An orgasm represents the pleasure that one would get from giving oneself completely to the world. And women and men can be afraid of it.

There is a feeling in even holding hands, of two people being together. A woman once told me that she got more of a thrill out of holding hands with a man before she married him, than having sex with him later. And I believed her. It was because she felt that at that time there was more of a oneness between the two persons.

When this goes on, the love is good, and the sex can be tremendous: it can be a thing the whole self is for. But if Madeleine, like the many Madeleines of the world, sees Rupert as a substitute for liking the world, the sex—no matter how blissful—will be opposed; and Madeleine will punish herself. The purpose of Aesthetic Realism in the field of love, is that the Madeleines of the world do not cheat themselves.