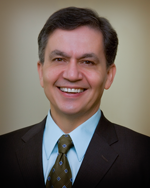 This article arises from a paper Dr. Torres presented at a public seminar on the subject “What Mistakes Do Men and Women Make about Coldness and Warmth?” Dr. Torres is on the advisory board of the National Hispanic Medical Association.

In the summer of 1967, when I was ten, I heard a man speaking passionately to a large crowd about his plans to bring needed jobs to our town and improve living conditions. As hundreds of people cheered, I was impressed, but what I showed was coldness and indifference as I sulkily complained to my mother, “When are we going home? I’m tired of standing.”

This man was Jaime Torres Rodríguez, my father, who was running for mayor of Ciales, Puerto Rico. He hoped to have a good effect on people’s lives. But I thought his concern for the welfare of men and women whom I didn’t even know, was against me. And I made the mistake—which I was to repeat for years—of being more interested in what was coming to me than warmly, respectfully being for what others deserved.

The way I shuttled from warmth to coldness caused me and others confusion and pain. Sometimes I would act as though a person I’d just met was destined to be the best friend I’d ever had. At other times I would avoid someone on the street whom I actually knew quite well. Though outwardly I was affable and easygoing, inwardly I would often seethe with anger. By the age of 15, when my grandfather died, I seemed to feel nothing. At his funeral I cried, not because I felt too much but because I felt too little. “How could I be so cold?” I wondered.

I’m more grateful than I can say that Aesthetic Realism brought kind logic, sanity, to this subject. I learned that the debate we have between the opposites of warmth and coldness is an aspect of a bigger debate raging in everyone about how to see the world: should we see it as something we hope to like and find meaning in, or as something to be aloof from and have as little to do with as possible? “Coldness, quite clearly,” Mr. Siegel writes,

is allied to contempt; and…contempt for the world is seen by man as a safeguard of himself …. Any time we can give a cold shoulder to something, our self-stock rises. [TRO 51]

Mr. Siegel’s understanding of contempt is one of the most important discoveries in history. Without this knowledge, people cannot see that something we cherish warmly in ourselves is really contempt, the thing that most hurts us.

As the firstborn and first grandson, I was generally the center of attention in my family. Very early, I came to feel that the praise my mother and other relatives lavished on me was the warmest thing in the world. I used it to be self-centered and superior, to feel I should be waited on and adored.

If persons outside my family didn’t treat me the way my family did, I saw them as mean and cold. It never occurred to me that I had an obligation to be interested in people’s lives.

Early in my study of Aesthetic Realism, my consultants asked: “Do you think you know your mother?” I answered, “Yes, like the palm of my hand.” “So we come to our first disagreement,” they said, and asked: “What was her favorite subject in school?” “I don’t know,” I answered. Then they asked, “What did she want to be when she grew up?” and “Who were some of her friends in school?” “I don’t know.” “What was her favorite book?” I had no clue! Then there was “something more recent—how did your parents meet?” When I answered yet again, “I don’t know,” my consultants said with humor: “Dr. Torres, do you think your mother had a life before you were born; or do you think she was born in 1957, just to serve you?”

This consultation was a revelation to me and the beginning of a true self-questioning. I realized that for the most part, I wasn’t interested in who people were; I saw them primarily in relation to myself.

A person to whom I gave a cold shoulder for a long time was my father. He had begun working at age 13, during the depression, and years later was able to buy his own drugstore, of which he was rightly proud. In public, my father was outgoing and energetic, but at home he often seemed tired and didn’t want to talk. The way he acted so friendly and warm to customers, then in private would often complain about them, confused me. My father too had a fight between warmth and coldness; but instead of trying to understand and see that he was pained by it—which would have been true warmth—I coldly used it to feel he was insincere and to have contempt for him.

Meanwhile, what I held most against my father was that he had so many interests that weren’t me, and also that he was often critical of me for being selfish. I was bent on punishing him, and when he tried to show me affection, I would recoil. If he made a joke and everyone laughed, I was solemn, even grim. And I mocked his desire to hold public office, feeling it was a big interference with our Sunday outings.

Years later in an Aesthetic Realism consultation, when I said bitterly that my father was more interested in his business than in me, my consultants asked: “Where do you think he felt more respected, at work or at home?” “What a question!” I said, remembering the many times I was on the couch watching TV and would hear my father arrive from work at 9 PM . I would fake being asleep so that I wouldn’t have to greet him.

When my consultants asked me what he had done to me to deserve that coldness, I answered defensively, “He didn’t want to know me.”

And they asked, what had I done to understand him?

This surprised me very much. And at the age of 27 I began consciously to change my desire to look for hurts to a desire to know. Because of what I’ve learned I have a new respect and care for my parents and sister, a feeling that is light years away from that summer of 1967. We began to have conversations as never before, and a new warmth came to be. Then my parents too began to study Aesthetic Realism, in phone consultations from Puerto Rico ! On their 42nd anniversary, they wrote a letter, published in newspapers in Puerto Rico and New York, in which they said:

[We] are more alive than ever because of what we have learned from Aesthetic Realism…. We learned to understand and respect each other more, and to see the world around us with more value. Instead of routine, we now have more communication. We have seen how adoring our children and seeing them as better than others is contempt, and is one of the reasons why children don’t respect their parents. We believe that if families all over the world studied this education, the social problems that at this time are destroying human beings and the family would greatly change.

Aesthetic Realism is the best, warmest friend of the family, and every person in this world deserves to know it.

The Mistake about Love

A large field for mistakes about warmth and coldness is love. In TRO 1276, Ellen Reiss asks this question: “Are you troubled by the way you can feel cold to someone close to you, someone you thought you felt so warm towards?” And she explains: “We can also feel cold towards someone we care for because there is that in us which wants to love only ourselves.”

Soon after I began seeing Donita Ellison, who is a high school teacher of art, I found myself having feelings about her that were big and new: I was swept! But I also made a mistake that without Aesthetic Realism I would never have been able to understand and change. For several months Donita and I spoke almost every day, and I was so glad to see her, couldn’t wait until I did. Yet I found myself one day feeling we were too different and therefore not compatible. When I spoke about this in an Aesthetic Realism consultation, my consultants asked: “Is Donita Ellison a threat to your big love affair—the one you’ve had with yourself?” This was so true!

I remembered the first time I invited Donita to visit my apartment in Westchester . After dinner at a restaurant and an exciting conversation through which we both had more feeling, on the way to my home I began to think, “This is getting too deep and it is out of my control.”

My consultants explained: “There are two things in reality: you and the world. If you don’t want to be truly affected by the world, that leaves only you …. Does Donita Ellison have the right to affect you in a big way? Is it reality you are being affected by through her?”

By the end of 1993 I knew I wanted to marry Donita; and in my mind I pictured a proposal, an engagement, the ceremony and honeymoon, and living happily ever after. I had a plan to surprise Donita by announcing our engagement—which she knew nothing about—at a party with my parents present. Somehow, though, I didn’t feel at ease with my plan, and when I told my consultants about it they asked: “As you thought about this, how did you see Ms. Ellison? Is she just part of the decoration, or do you see her as a real person? In your thought, who were all the people at the party looking at?”

JT. Me.
Consultants. What happened to Donita Ellison?
JT. I guess she was also looking at me.

And they asked whether I saw how something that might begin well could be used in behalf of a selfish purpose.

I certainly did. And I saw that the only way I would feel I deserved to have Donita care for and trust me was to be able to say sincerely: I want to use you to like the world, and I want to do everything I can to have you like the world and to meet what you are truly hoping for.

I’m so happy and honored that Donita is now my wife, and that our wonderful Aesthetic Realism education continues.