“The Beauty of Art & the Pain about Love” 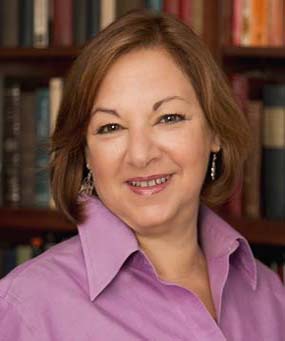 People everywhere are hoping for love. Meanwhile, after failed relationships, they wonder, as I did: What am I doing wrong? Read the kind answer Aesthetic Realism gives to this troubling question in “The Beauty of Art & the Pain about Love.” Editor Ellen Reiss explains that the mistakes women (and men) make about love are always about how they see reality’s opposites—the same opposites that are together beautifully in art. For instance, Ms. Reiss writes about a mistaken way of seeing the opposites of one and many that a woman often has as she thinks about a man she’s interested in. And I’ll add here, it’s a hopeful fact—one that my own happy life and marriage ratify—that the inaccurate way of seeing men and love Ms. Reiss describes can really change! She writes:

We are serializing The Opposites Theory, an important philosophic work by Eli Siegel, written in the late 1950s. In it he shows, with scholarship, liveliness, authority, and ease, that what all instances of art have in common is “the oneness of the permanent opposites in reality, as seen by an individual.” The second chapter, published here, continues a discussion of the opposites Oneness and Manyness.

We also print part of a paper by Aesthetic Realism consultant Devorah Tarrow. It is from a public seminar of last month, titled “Mistakes Women Make in Love—What Are They, & Is There an Answer?” This TRO, then, is an illustration of the fact that Aesthetic Realism is strict logic, philosophic logic, and is also up to one’s most personal confusions and the hopes and griefs of social life right now. In both respects, Aesthetic Realism is great.

To bring together more closely the chapter from The Opposites Theory and Ms. Tarrow’s discussion, I’ll give two examples of how those opposites Mr. Siegel writes of—Oneness and Manyness—are central to mistakes in love. And let us be clear: while Ms. Tarrow and I are speaking about women, the mistakes both sexes make are quite the same.

All over the world, millions of women are making the mistake which can be called unifying a man falsely. Every man is multitudinous. He has in him feelings; thoughts; the effect on him of all the people he ever met; an impression, say, of sunlight on snow when he was five; worry about a friend; his job, with all its aspects; his interests; his resentments; the books he’s read; and more, and more. Yet let’s take Katie, a woman standing for ever so many women: if asked, she would grant that of course the man she’s close to, Sam, has to do with numerous things other than her—but she doesn’t really think so, in any vivid way. And she doesn’t like the idea.

She goes to the movies with Sam, has visited his family, listens to his complaints about work, but essentially she sees him in terms of this one idea: how does he treat me? She sees him, in fact, as existing to make much of her. The other aspects of him, in their manyness, are pale in comparison to one thing: his relation to her. Quite a few of those other aspects are annoying if she’s made aware of them (for instance, she doesn’t like it when he talks to his friends on the telephone), and very many she doesn’t think about at all.

What I’ve been describing is a form of contempt—that way of seeing which Mr. Siegel showed to be the big weakener of mind and the source of all injustice: the feeling we’ll take care of ourselves, heighten ourselves, by lessening other things. So Katie makes a man’s multitudinous relations to the world unimportant and gives him a unity, a singleness, created by her: he’s a-person-whose-function-in-life-is-to-glorify-Me. >>Read more