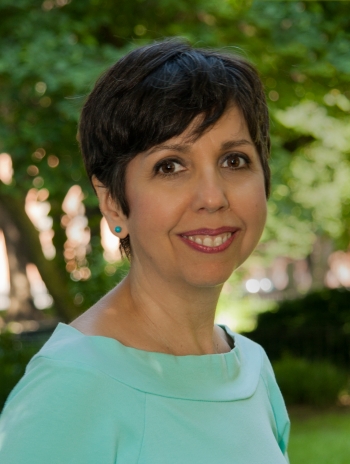 The Trouble with Competition
by Miriam Weiss

This article is part of a paper first presented at the public seminar titled “What’s Wrong with Competition; or, Is Anything More Important than Being Superior?” Ms. Weiss is a translator, proofreader, and essayist. She lives in New York City with her husband, Joseph Spetly.

At age 17, just beginning college, and finding myself unable to sleep and very nervous, I tried to get consolation from the fact that other people were not doing well. I wrote in my journal: “They don’t seem much more connected than I.” But I felt something was terribly wrong with this way of thinking well of myself; I wrote further: “As long as people are not more connected than I, I’m happy—now isn’t that sick?!”

In Self and World Eli Siegel explains: “The most dangerous and ugly thing about competition as we have it today is that it works to nourish and maintain the neurological belief that unhappiness in someone else is happiness for us.” This belief is contempt. And I came to see that my contempt, my desire to be impressive by looking down on things, was the reason I had been so nervous and fearful.

Yes, there is something more important than being superior. Aesthetic Realism shows it is the ability to see meaning in reality and be fair to it. The central thing wrong with competition, I learned, is that we pit ourselves against what we were born to like: we make the world an enemy we have to get the better of.

A Battle with the World

Growing up, I had pleasure seeing value in things through reading books, and in attending talks for young people on archeology. But, while I envied other children, I also took for granted I was of superior stock.

In one of my first Aesthetic Realism consultations I was asked, “Is there a big competition between Miriam to herself and reality?” I was in a drawn battle with the world, trying to prove it couldn’t affect me much. But my very self was a casualty. I spoke barely above a whisper, and most everything I said was accompanied with a shrug.

In one consultation I was asked, “How many things affect you?” “I guess all the things I notice,” I answered. And my consultants said, “Not just that. Why do you think Tennyson has Ulysses say in the poem, `I am a part of all that I have met’? Do you think you’re affected by a meal you ate in 1963? Right now, do you think you’re affected by this table? Is it having a good effect on you—the fact that it’s strong and gentle?” “Yes,” I answered. They asked, “Would you be stupid or smart to be grateful to the table?” “Smart!” I said.

I was beginning to reconsider what made me smart—and things looked friendlier to me. I found myself having large new feelings about people, books, everyday objects. And I was reconsidering how I had used something I had devoted a lot of energy to: the Japanese language. I felt authentic beauty in the sounds and grammar of Japanese, but I also used it to glorify myself.

In one consultation, as I told how I had just lost “the job of my dreams”—that of shrimp peeler and dishwasher in a Japanese restaurant—my consultants saw the humor in the situation, and asked, “Do you think in that job you tried to put together superiority and inferiority? Do you have a sense of inferiority as to things Japanese? Have you chosen one field in which to be humble, and in being humble in regard to it, you give yourself the right to be superior to everything else?”

This was true. I had seen everything and everyone not Japanese as second-class. This included, I regret so much, my father, Conrad Weiss. As part of the US Army, he had been stationed in Japan after the war, and was the person who introduced me to the culture when I was a little girl. When I came to study the language, instead of being grateful to him, I coldly corrected his pronunciation, was embarrassed and impatient with what I saw as his rudimentary knowledge. Thank heavens my unbearable presumed superiority was criticized.

For example, in a class taught by Mr. Siegel that I had the honor to attend, I told him I felt guilty about my parents. And he asked, “Why don’t you say you hope to think more of your parents? What’s the impediment?” He explained, “You feel that if you care more for your father and mother, the self you built up you’ll care for less. Would you say that, in education, one reason for a child’s not being interested in a subject is that he thinks it takes away from his interest in himself?…There are only two things that arise from our attitude to people: we either feel guilty or proud. There’s no in-between.”

Studying Aesthetic Realism, I began really to respect my parents, to see them as interesting. I did assignments, such as writing a character sketch of Conrad Weiss at age 18, and writing on repose and energy in Sarah Weiss and a Japanese woodblock print. I thank Mr. Siegel with all my heart: because of what Aesthetic Realism has taught me, I have an enormously happy life, which includes my marriage to Joseph Spetly. Once, my desire to be superior made love impossible.

Mr. Siegel exemplified the answer to the question of our seminar: Is there anything more important than being superior? He wanted to learn from every person. His pleasure at good wherever he saw it—in people, poetry, existence itself—was the most beautiful thing I ever saw.