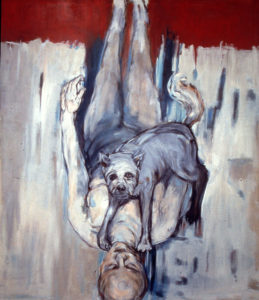 Dorothy Koppelman: A Life of Art and Ethics by Carrie Wilson & Dale Laurin, Journal of the Print World. “Her work is at once vigorous and tender. There are the water towers she loved for their humility and pride; powerful, almost abstract paintings of the wrecked fuselage of a plane; vivid domestic still lifes; and paintings of the human figure that boldly reveal intense, usually hidden feelings, such as Conscience on Guard.“ In a talk at the Pennsylvania Academy of the Fine Arts, artist Marcia Rackow, who teaches on the faculty of the Aesthetic Realism Foundation, said of it: “In this courageous work of 1986, Dorothy Koppelman gives dramatic form to the fight in every person—between being awake to what’s around us, or getting our importance by just wanting to be oblivious to everything”.…read more 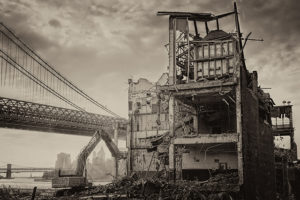 Photographer & Aesthetic Realism Associate Harvey Spears spoke to an audience of about 300 artists and others as he received the award for his photo “Humility & Pride”: “I’m very grateful for my Aesthetic Realism education and teacher Eli Siegel, which made it possible for me to learn a true way of seeing art and life. The basis of my work is in this principle by Mr. Siegel, All beauty is a making one of opposites, and the making one of opposites is what we are going after in ourselves. I was able to see meaning in this building that was being torn down—yet had a kind of dignity, and was in relation to the whole world.” – August 7, 2015 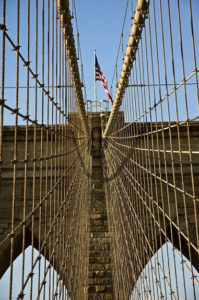 July 8 — August 4, 2015, seventeen images of New York City. “In reality opposites are one; art shows this. –Eli Siegel. This principle of Aesthetic Realism, the philosophy founded by poet and educator, Eli Siegel, is the basis of my work….As I photograph in and around the city; as I frame a subject in the viewfinder, deciding what to omit and what to include, how close to get, or what angle may be best, I am consciously aware of the opposites—how light and shadow reveal emotion in a face, how closeness and distance are in a landscape, and I am always thrilled at seeing the mystery and surprise in any object, no matter how ordinary it may seem.” —from the photographer’s statement at Benson’s NYC, a Craft Beer Pub & Restaurant, 181 Essex Street just below Houston. 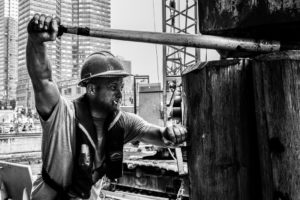 “’It was in 1981, when I studied in The Honoring Eye class at the Aesthetic Realism Foundation in New York City, taught by photographer Nancy Starrels, that I felt a new excitement about the world and people’ …. Dubbed ‘New York City & More Comes to Lambertville,’ the show runs through June 1. Full Moon Cafe is located at 23 Bridge Street, Lambertville, NJ.” —from New Hope Free Press, May 2, 2015 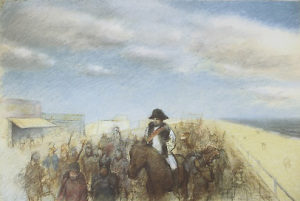 June 12th—Sept 21st the Brooklyn Central Library exhibited in its foyer many works by the noted Brooklyn-born artist Chaim Koppelman (1920-2009). And on September 17, “Napoleon Accompanied: The Art of Chaim Koppelman,” was presented there: important writings by the artist, who was an early student with Eli Siegel, and on the faculty of the Aesthetic Realism Fdn. & the School of Visual Arts; a video of one of his talks; a critical appreciation by art educator Marcia Rackow; & discussion by speakers Dorothy Koppelman, Carrie Wilson, & Dale Laurin, Terrain Gallery coordinators. 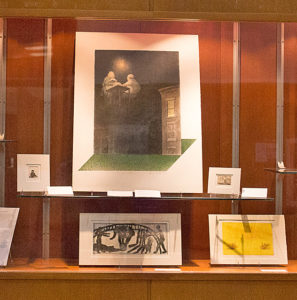 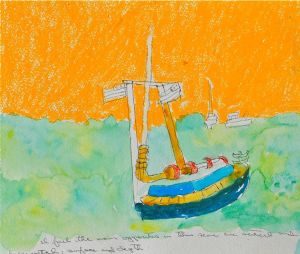 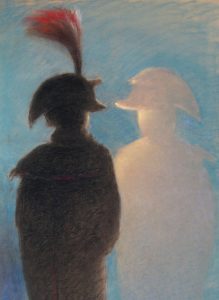 The works in this exhibition comprise an entirely new way of seeing Napoleon Bonaparte. Koppelman’s fascination began “when I drew a profile of him in my geography book, when I was nine years old.” But the young artist did not understand his feeling until in the 1940s, he began to study the philosophy Aesthetic Realism with its founder, poet and critic Eli Siegel.

Chaim Koppelman was a member of the National Academy of Fine Arts, president of the Society of American Graphic Artists, taught at NYU and SUNY New Paltz, founded the Printmaking Division at the School of Visual Arts and taught there for 48 years, and from 1973 to 2009 was on the faculty of the Aesthetic Realism Foundation in NYC. – from the exhibition catalog & brochure

Review in Corriere della Sera (Go to page 2 of PDF)