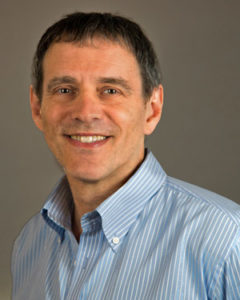 More than ever before, people feel science matters very much to their lives. And they’re right. So, what is science? What is it really about? Does it show that the world itself has goodness? Is there anything in a person, including oneself, that’s against science? You will get honest hope as you read the beautiful, logical answers to these questions in “Science—& Like of the World,” the great new issue of The Right of Aesthetic Realism to Be Known!

The commentary by Ellen Reiss begins:

In our last three issues I quoted a question asked by Eli Siegel, because I think there is nothing more mind-strengthening, emotion-strengthening, for people to know in our so difficult time:

Is this true: No matter how much of a case one has against the world—its unkindness, its disorder, its ugliness, its meaninglessness—one has to do all one can to like it, or one will weaken oneself?

The answer is yes. And I have been commenting on what Aesthetic Realism means by liking the world itself, even as one is right to object to many things in the world. To like the world is no soft or “feel-good” idea: it is critical, solid, intellectual, organic, immensely logical. “To like the world through knowing it” is the purpose of our lives: it’s what a baby born today is living for, moving his or her little fingers for, drinking milk for, taking in sounds for. And it is what all art is about, and all science.

With this issue we begin to serialize a lecture Eli Siegel gave in 1974, titled Long Ago for Liking the World. In it, he comments on a number of noted quotations in various languages. Do some of the most cared-for statements go toward the idea that the world should be liked?

In these confusing and fearful days of coronavirus, the word science is very much with us. And so is the question of whether science is being respected or dangerously flouted by various public officials. So I’ll comment a little on what science has to do with like of the world. And I’ll comment too on what in a person is against science—whether the person is a head of state, or a scientist oneself, or simply an individual.

Eli Siegel has described science as the “known desire to know” (TRO 118). I love that definition, in its simplicity and exactitude. Science, Mr. Siegel showed, does not begin with laboratories or test tubes. Whether the subject is the new virus or a monarch butterfly or the weight of a planet, the scientist wants to KNOW that thing, and knows that this is his or her purpose. The basis of science is: the world deserves to be known. That is equivalent, or at least close, to liking the world. Science is a care for the world even if the thing to be known is hurtful or evil. For instance, if the coronavirus can be really understood, we’ll be closer to its being defeated—a most loving event for humanity and reality.

The Enemy of Science

Science always has as enemy, Contempt. Mr. Siegel described contempt as “a false importance or glory from the lessening of things not oneself.” Contempt is, he showed, humanity’s “greatest danger.” It is the anti-science force in the human self, as it is the anti-justice force….Read more