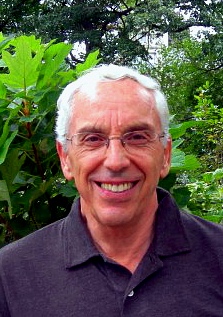 In his 1953 essay “Art as, Yes, Humility,” Eli Siegel explains something that people have ached to know: how to be genuinely proud of our lives.

I once felt that to be proud, I had to impress people with a prestigious job in which I made a lot of money and showed how smart I was. I thought I was on my way to attaining that goal, working as a sports writer at a well-known New York radio station. I could put on a good show trying to be clever, but I was superficial and not really affected by the events or the people I was writing about. I shuttled between patting myself on the back and feeling meek and unsure. I knew something was missing but I didn’t know what.

[P]eople are desperate now to feel proud of themselves…. There is a way of seeing the whole world we have to have if we are to be proud. It is described in this essay and it is taught by Aesthetic Realism.

Through my study of Aesthetic Realism, including how it sees art, I learned that the more I wanted to understand other people, to see them as adding to me, the more true humility I had and also the prouder I felt. This knowledge is urgently needed in the world, now more than ever.

As I seem now. — The Winter’s Tale

Humility is the willingness to see things other than oneself as having meaning for oneself. This humility makes for pride; for pride, in the long run, comes from the comprehensive and accurate way one is affected by reality, the universe that is under one’s nose and is far away. The artist is more humble than is customary, because, as artist, he wants things to mean more and more to him; he wants to see more and more. To see is to be humble. All seeing, while an expression of oneself, is also a submission. In artistic seeing, humility and submission are pride and grandeur.

In the matter of humility—and not only there—art is like science. We have heard much of scientists faithfully going after the truth, subjecting themselves to the fact, yielding to data—going commendably by Bacon’s statement that to obey Nature is to command her. The humility of Newton is renowned, and rightly so. The artist, though, is just as humble. To see is to be humble; but, what is less discernible, to be pleased is to be humble, too. To be pleased by an object, by what it is, its form, texture, color, relation, is felicitous, sometimes magnificent, humility. It is a humility one has to learn. The theologians are right: we are not born humble; in a way, it is more difficult to learn authentic humility than it is to learn Sanskrit or acrobatics or how to do fine lace work. The self gets in the way of humility; and artists have had to learn how to stop the tendency of the narrow, limited, fearful, monarchic self to interfere with pure, rich, just seeing. The artist, like everyone, has had to struggle—however quietly, obscurely—here; yet if the artist had not been victorious somewhat, there would be no art. Art can be regarded as the embodiment of the successful humility of a person before the shows of existence, before existence itself. Successful humility is pride.  >>Read more