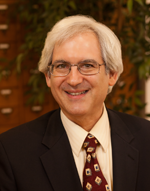 EDWARD GREEN, Ph.D, studied in classes with Eli Siegel and, with his colleagues Barbara Allen and Anne Fielding, teaches the course “The Opposites in Music” at the Foundation.

Since 1984, Dr. Green has been a professor at Manhattan School of Music. For several years he also served as a Fulbright Senior Specialist in the field of American Music. Under the Fulbright aegis, and with the support of the Council for International Exchange of Scholars, he taught a doctoral course in contemporary American music at the Catholic University of Argentina, Buenos Aires, in 2010.

Edward Green is also a composer whose music has been performed by orchestras and chamber ensembles across the United States as well as overseas. Among his prize-winning works is his Brass Quintet, recipient of the 1995 International Kodaly Composer’s Award, and his Symphony in C, which won the First International Symphonic Composition Prize (2017) of the Orquesta Sinfónica del Congreso Nacional del Paraguay. He is also Staff Composer at Imagery Films, where he has collaborated with the Emmy Award-winning filmmaker Ken Kimmelman on several films, including “Hot Afternoons Have Been in Montana”—a film based on Eli Siegel’s Nation prize-winning poem. Dr. Green has also composed incidental music for several productions of the Aesthetic Realism Theatre Company.

In 2008, he received his Ph.D. from New York University with a dissertation based on the methodology of Aesthetic Realism and dealing with the late vocal music of Haydn and Mozart. Dr. Green has been a guest lecturer at universities and cultural institutions here and abroad, including the University of Zagreb, the Museum of the City of New York, and the Escola Superior de Música of Lisbon, and has delivered papers at various scholarly conventions, nationally and internationally—including those of the American Musicological Society, the Society for Ethnomusicology, the Society for American Music, and the European Society for the Cognitive Sciences of Music. His essays have appeared in such journals as Onagakugaku—the journal of the Musicological Society of Japan, Jazz Perspectives, and the Journal of Historical Research in Music Education. He was guest editor, in 2011, of Popular Music History (Vol. 5, #1), an issue honoring the centenary of film composer Bernard Herrmann. He is editor of China and the West: The Birth of a New Music (Shanghai Conservatory Press) as well as The Cambridge Companion to Duke Ellington, and serves on the editorial boards of the International Review of the Aesthetics and Sociology of Music (Croatia) and Music Scholarship (Russia). 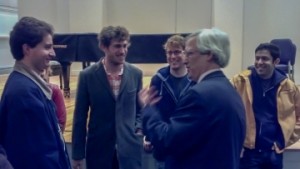 A contributor to Aesthetic Realism and the Answer to Racism (Orange Angle Press, 2004), Dr. Green has written articles dealing with the ethics of social issues for such journals as Black College Magazine, The African Observer, and Christian Social Action.

Edward Green has spoken and written about the value of Aesthetic Realism as a scholarly method. His works include: “Aesthetic Realism: A New Foundation for Interdisciplinary Musicology”—a 2004 presentation at the University of Graz, Austria, co-authored with anthropologist Arnold Perey; a 2005 essay in the International Review of the Aesthetics and Sociology of Music (Vol. 36/2) titled “Donald Francis Tovey, Aesthetic Realism, and the Need for a Philosophic Musicology”; and, with music educator and jazz pianist Alan Shapiro, a chapter in Teaching Music in the Urban Classroom (Rowman & Littlefield, 2006) entitled “Music of Every Culture Has Something in Common and Can Teach Us about Ourselves: Using the Aesthetic Realism Teaching Method.” This book was published in partnership with the National Association for Music Education.

Since the mid-1980s, Edward Green has actively participated in seminars at the Aesthetic Realism Foundation; among his talks have been papers on the lives and music of Johannes Brahms, Franz Joseph Haydn, Glenn Gould, Irving Berlin, John Lennon, Hector Berlioz, Sir Arthur Sullivan, Herbert von Karajan and Franz Liszt. Several of these papers are published on his website: http://www.edgreenmusic.org. He has also co-authored several papers with Barbara Allen on masterpieces of flute literature. These explore the relation of art and life, and what technically makes for the beauty of these compositions—each paper culminating in a live performance by Ms. Allen on flute and Dr. Green on piano. An extended interview of Ms. Allen by Edward Green entitled “Aesthetic Realism and the Art of the Flute,” appeared in the Winter, 2015 edition of The Hellenic Journal of Music, Education, and Culture.

Edward Green continues his study of Aesthetic Realism in classes taught by Ellen Reiss. He is married to Carrie Wilson, singer, actress, and Aesthetic Realism Consultant, and they make their home on Manhattan’s Lower East Side.