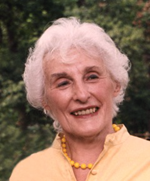 Public Events and Classes have been cancelled for March and April. Please see Coronavirus update on the homepage.