“Is the Solution of Politics, Aesthetics?” 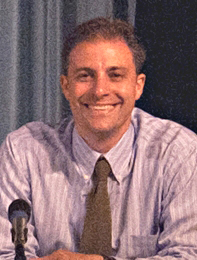 Whether a person follows politics closely or not, it is clear that politics, government, and the decisions of elected officials affect the lives of every man, woman, and child on this planet. What would it mean to have politics that is beautiful, efficient, kind? The essay here, “Is the Solution of Politics, Aesthetics?,” by Eli Siegel, provides the ever so needed answer. It begins:

There are clearer signs in recent years of what has been true all along: that the solution of politics is aesthetics.

The purpose of politics is to have the individual see himself as at one with the state. If the state cows the individual, is remote from him, does not consider him, then the situation is not good—and—this is the point—it is not aesthetic.

There are two ways of saying, I am the State. One is the way ascribed to Louis XIV in an ebullience of monarchic candor: L’état, c’est moi: The state it is me, myself. The other could have been used by a soldier of Louis XIV fighting in Bavaria: I am the state, for here I am in garments provided by the state, marching and fighting for it.

In both instances, the instance of Louis XIV and the instance of le pauvre Guillaume, poor William, there is identification of one person with the state: which can be described as the method, men and laws, of controlling a specific territory. >>Read more